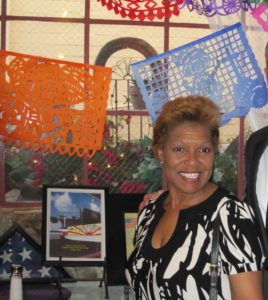 In May of 2012 I brought a friend that is a Command Master Chief in the Navy and was set to the Commencement Speaker the following day for a local University. I wanted her to experience a true Tucson tradition. She let out waiter know that she was vegetarian and was allergic to seafood. The waiter made sure that all items in the salad and soup were not close to seafood during the preparation. After receiving a salad and tortilla soup; she expressed that it was the best tortilla soup that she had ever tasted. You can imagine this was a heartfelt compliment since she dined around the world. She asked for the recipe to share with a White House Chef and was graciously provided with recipe and it was later made at the White House. When we were leaving the restaurant we ran into Ray Flores and he quickly escorted us the U.S.S. Tucson display on the lower level and acknowledging my friend by offering her a framed photo of Billie Holiday. She did decline the portrait since she had several other flights before returning to Washington, D.C. She has never forgotten her trip to Tucson and commented that El Charro Cafe rolled out the red carpet for her. Thank you for many amazing memories.